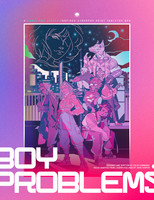 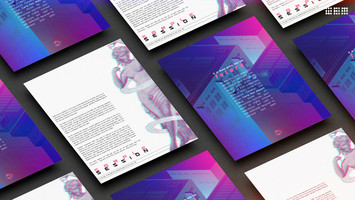 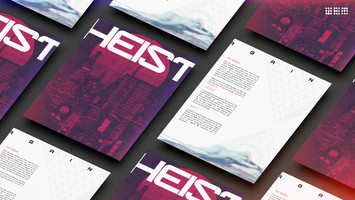 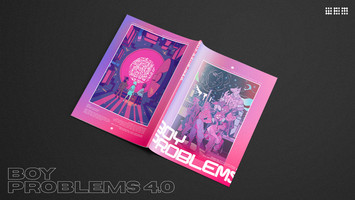 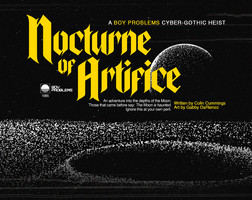 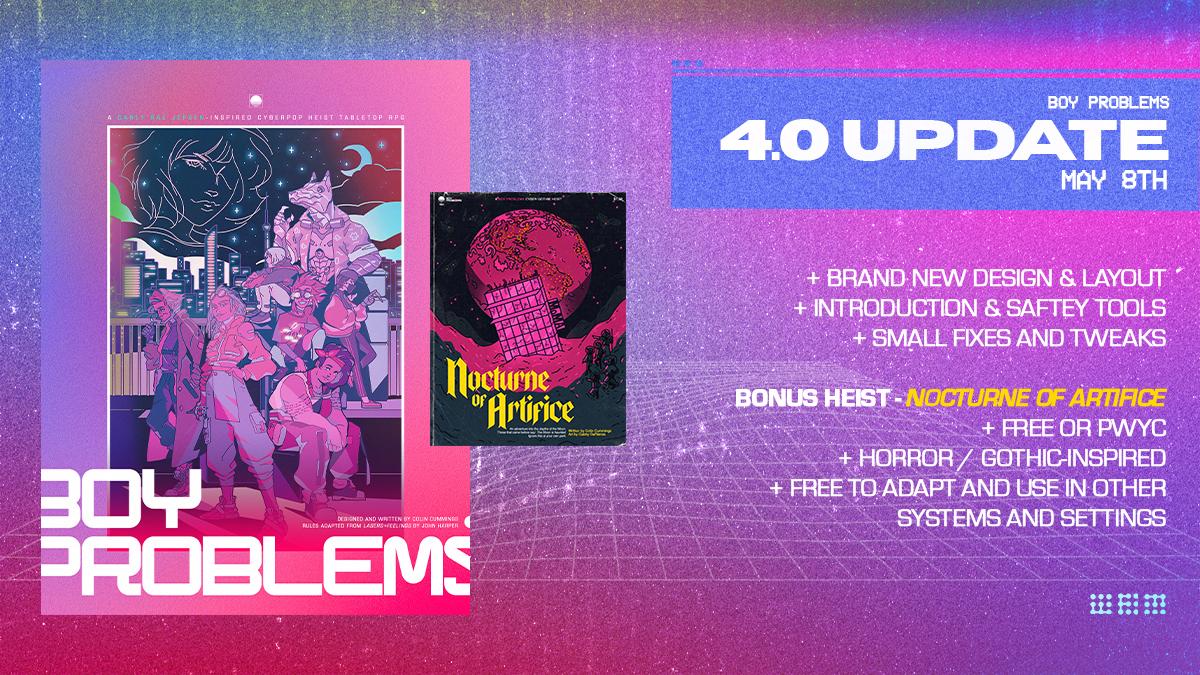 Hello to you my fantastic community!

Got a BIG ole' update for you this time with the brand new release of the 4.0 update of Boy Problems, as well as the release of Nocturne of Artifice. It is a bonus moon heist that can take place canonically after the original heist in Boy Problems (Party for One) or at any other time! It is also free or PWYC, as a thank you to you folks. As a further bonus: Nocturne of Artifice and Swords as Subtext are now available in Creative Commons Attribution v4.0 International.

As you can see, Boy Problems has gotten a bit of a rebrand! It's a bit vaporwave, a bit cyberpunk, and all bisexual lighting. When I started working on the Side-B expansion, I realized that the original game needed a new overhaul in terms of design. The 3.0 update was good, but I knew the game could look so much better so I went through and redid the whole thing to be bolder and more colorful. I also added in safety tools and other small changes to help feel the game more cohesive as a whole, and to really make it feel like something special.

This is the beginning of a new era for Boy Problems, as I look to expanding on the world of the game and introducing a new unique gameplay system. While these changes are further on the horizon, I am really proud of what the game is now. (There will be a brand new character sheet soon as well!) 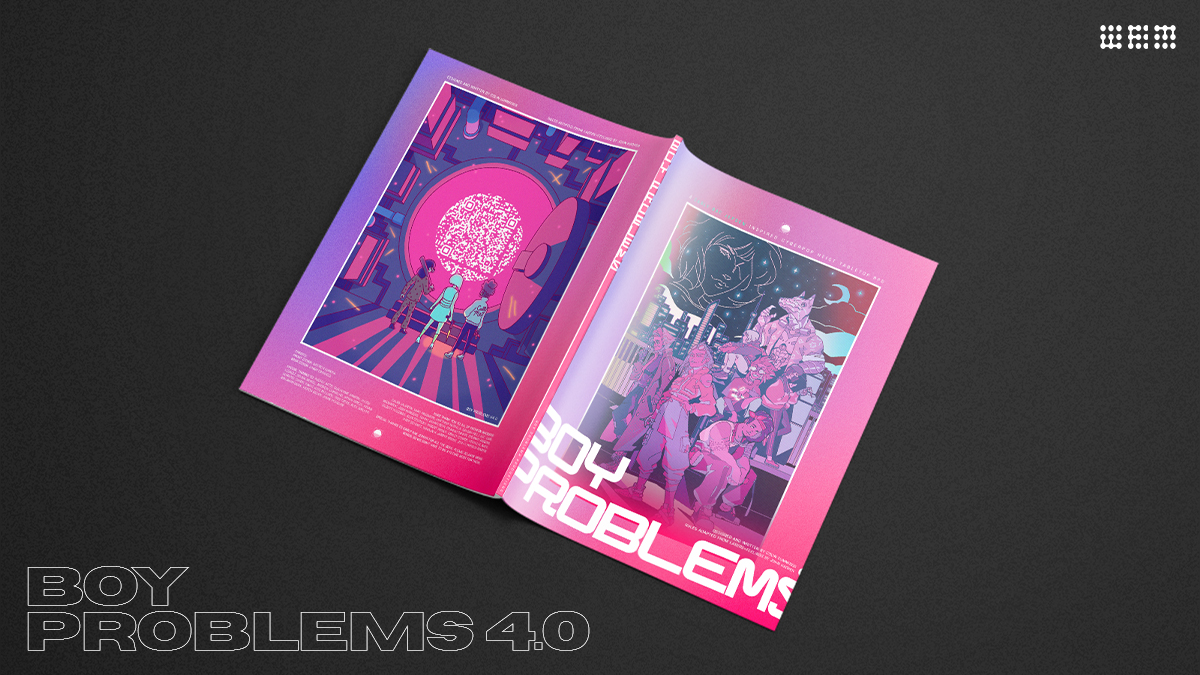 As a bonus thank you to the community and to you folks, as mentioned, I released a moon heist! It is called "Nocturne of Artifice" and it is horror-tinged, pulling themes and ideas from a variety of places including two of my other games: Black Heart, and In Case of an Emergency.

It is the weirdest heist I've created and also the most open-ended, to allow players and GMs to fill in the blanks how they want and to even take this heist and use it in any other game system.

The art for it comes from Gabby DaRienzo! You may know her from the back cover of Boy Problems, and she very kindly created the art for the cover of this new heist. 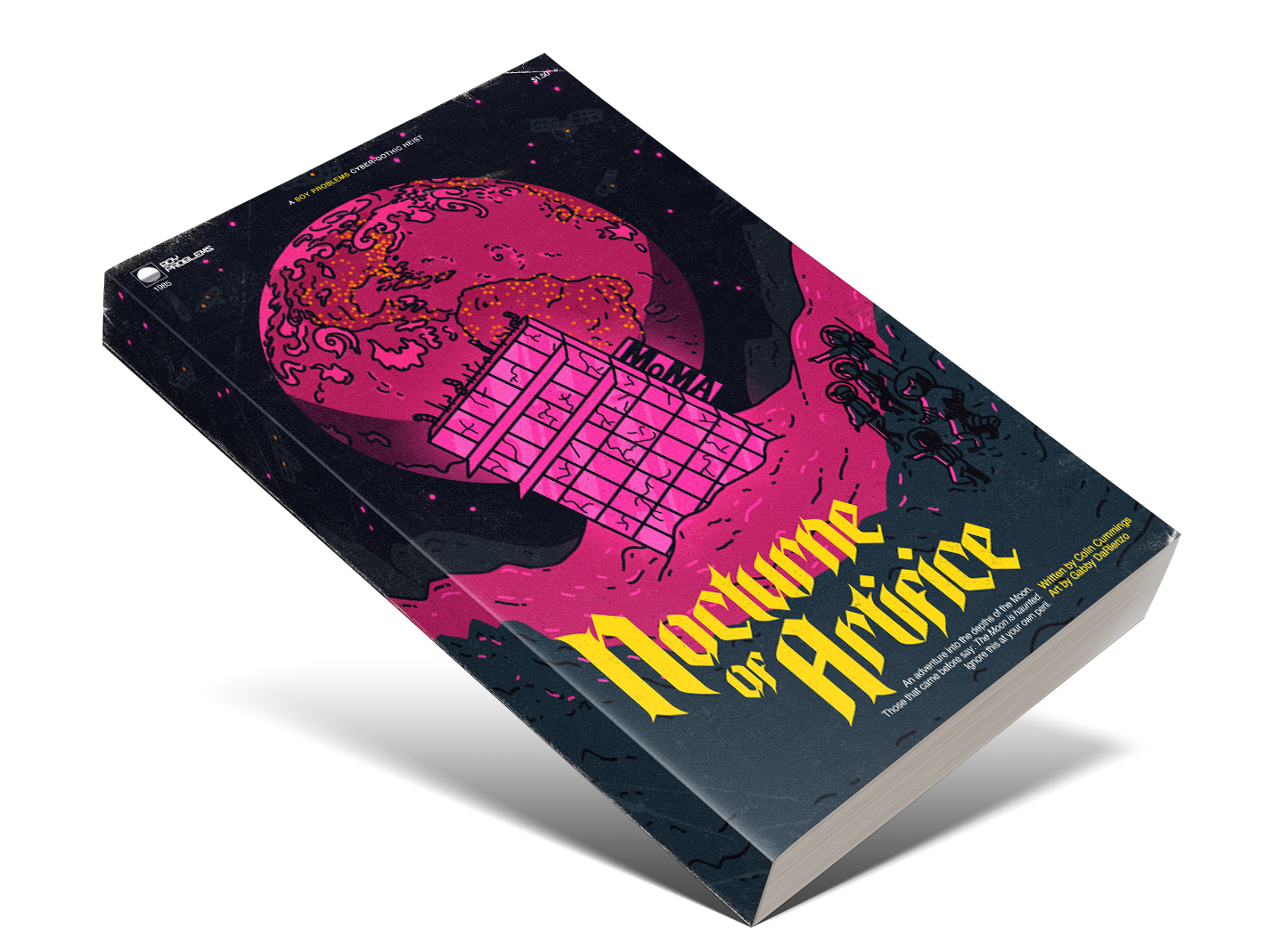 Finally, an update on Side-B! While I originally planned on having the expansion out for TCAF / May 8th, the 4.0 update and Moon Heist took priority. They ended up being a ton of work on my end and I could not comfortably crunch of getting the expansion done as well. I do still plan to have it out by the end of this month.

Thank you folks for sticking around! I'll keep y'all posted as I continue to work on these projects and other future ideas.
Black Heart 2.0 and Warm Blood in 2021!

Oh! Also! Come listen to me at 7:15 pm EST tonight at https://www.twitch.tv/handeyesociety!  I did a pre-recorded short dialogue with a pal of mine talking about Boy Problems.

Awesome! We just played with the new version this weekend, and I love a bunch of it!

Question: Is the getaway vehicle creation bit gone, or did I just miss it? Thanks!

It is indeed gone! So many of the heists are in such different locations and situations that having one set getaway vehicle felt a bit too static and stifling.

The Driver did get a cool new item though to make up for it a bit!

Yeah, I love the new items—the bubblegum is great.