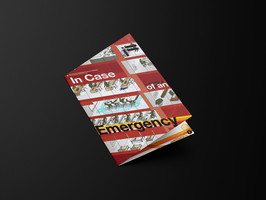 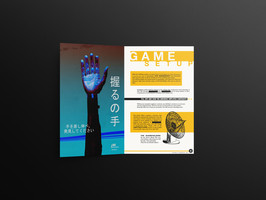 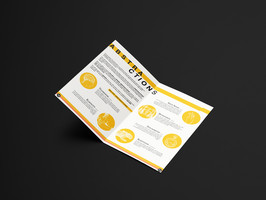 My next game has launched!! After some rough development that where it from a one-sheet, to a Black Heart hack, to it's own full fledged game (and my longest so far) it is now up for sale! I am super proud of what it has come out as and I'm excited for folks to dig into it.

A simple description: it is Office Space meets The Cabin in the Woods. It is also inspired by Remedy's Control and The SCP Foundation. I wanted to make an RPG where you explore a ~weird~ building that is now experiencing a glitch in its system. It could be a variety of things: dangerous beings have escaped, doors are appearing where there wasn't one before, parts of it are stuck in time or looping, that sort of thing.

At first, I wanted to base it off my last release for a quick turnaround time and to explore the ruleset of my first game more thoroughly. It would be a reskin of sorts. After some development I knew it had to become its own thing. It retains some of the old DNA: a time limit, solving problems, exploring an environment, having your character change over the course of the game.

Then it veered a different direction. I went *super* graphic design on the layouts, looking at 1960s manuals and designs for inspiration. Then,  while Black Heart is about living on the outskirts, I wanted ICOAE to be about the oppressed fighting back. You are pushed into a role that was never in your job description, you are in unpaid overtime, and you have been lied to and taken advantage of for too long.

You are cleaning up your bosses' messes,  but the upside is you are learning and growing more powerful by the hour. In the end they'll want to spin it and give you an executive position. You also have the choice to band together, and take the company for yourselves.

It'll need some more refinement and updating, but for now, enjoy and tell me the stories you will tell each other!

Get In Case of an Emergency

In Case of an Emergency

Take back your place of employment from a metaphysical emergency in this TTRPG one-shot, inspired by Control and SCP.